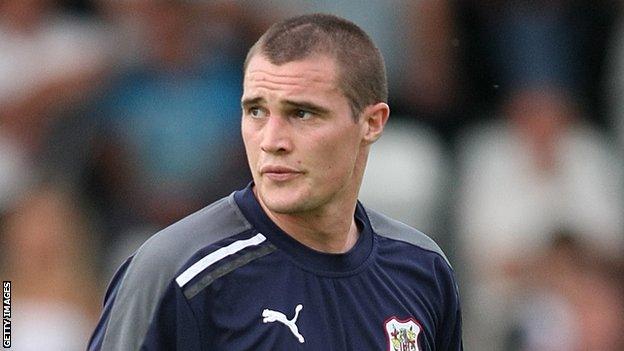 The 26-year-old has scored two goals in 49 appearances for the League One side since joining in 2008, but has not featured this season.

Shots boss Dean Holdsworth told the club website: "Darren is a player who I have tracked for some time.

"He has experienced success in his career and won medals. He will also bring some honest steel to the squad."