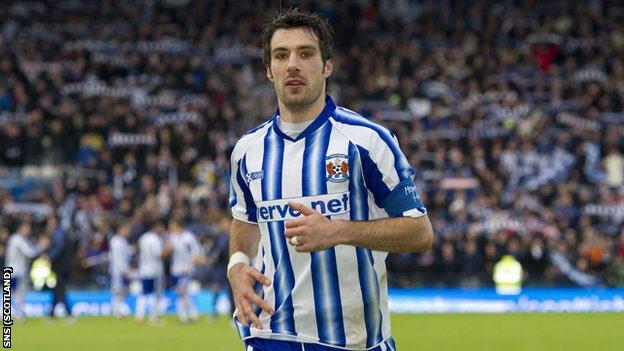 Kilmarnock skipper Manuel Pascali is out for the rest of the season after breaking his leg in a training ground accident.

The 30-year-old Italian defender sustained the fibula injury while stretching for the ball.

"I am really disappointed for Manuel," said manager Kenny Shiels. "It is a really big blow for him and the team.

"He has so much passion to do well, and there was the League Cup final for him coming up."

Pascali, who moved to Rugby Park in 2008, will now be watching from the sidelines as Kilmarnock take on Celtic at Hampden on 18 March and push for a top six place in the Scottish Premier League.

"It gives the opportunity for other players to come in and try to stake their place but I am really gutted," added Shiels.

"We now have to garner some intensive energy to make up for the loss of Manuel."