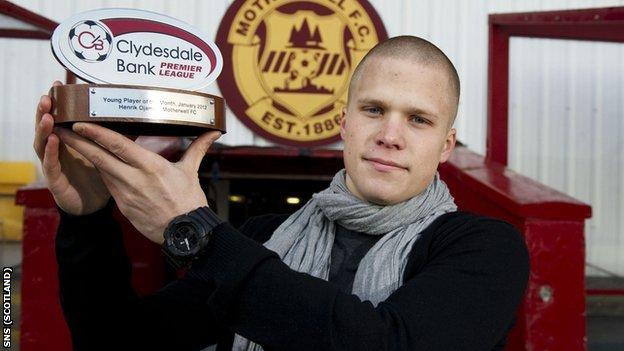 The 20-year-old Estonia Under-21 international joined the Steelmen near the beginning of the January transfer window from RoPS in Finland.

Since then, he has scored four Scottish Premier League goals, including a brace against St Johnstone.

He started February positively as well, netting in the 6-0 Scottish Cup win against Morton.

It has been an incredible start to my Motherwell career

Ojamaa's impressive performances have led to him agreeing a contract extension until 2014 and earned him a call-up to the full Estonian squad for their international friendly with El Salvador in Los Angeles later this month.

The striker told Motherwell's website: "I am honoured to win this award, but I must also mention my team-mates, who have been excellent.

"It has been an incredible start to my Motherwell career.

"I am loving life in Scotland and hopefully I can continue to reward the fans with goals and assists."

Ojamaa and his team-mates could not continue their recent scoring feats, his award coinciding with a 0-0 draw away to St Mirren.