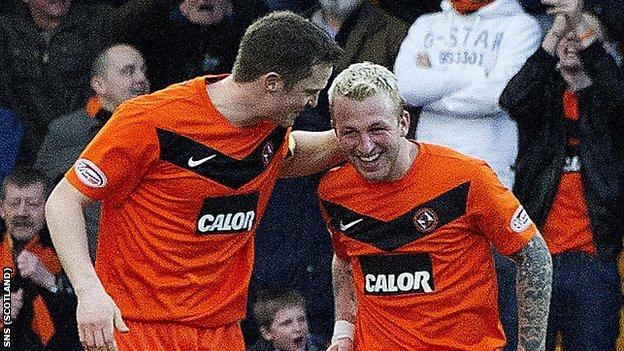 Two own goals, headers by Johnny Russell and Jon Daly and a tap-in from Milos Lacny gave United all three points in the Tayside derby.

"I'm delighted, we haven't played at our best and won 5-1 away from home," Houston told BBC Scotland.

"It's a mark of a good team if you don't play particularly great and come away with a result like that."

"I've got to be honest and say we were miles better than that last week," added Houston.

"I said that to [St Johnstone manager] Steve [Lomas] at the end of the game. I don't think 5-1 was a fair reflection but we'll take it."