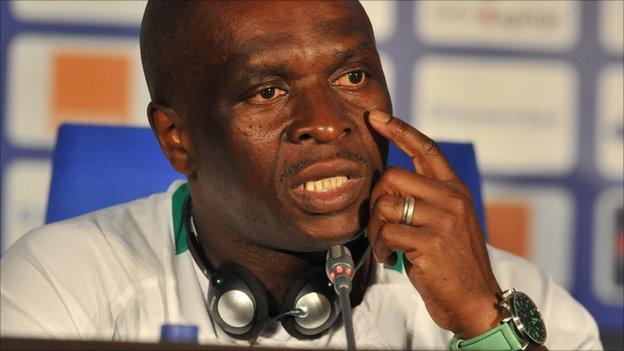 Ivory Coast coach Francois Zahoui says his side have learned the lessons of the past as they try to claim a first Africa Cup of Nations crown since 1992.

The Elephants have long been touted as potential winners but have recently failed to deliver despite their talent.

Zahoui said his squad has realised the need to match goalscoring prowess with defensive solidity.

"When we have Didier Drogba, Yaya Toure, Didier Zokora and others, then we know we can score," the coach said.

"But among the lessons we have learned is the need to be very solid and robust."

Zahoui cited the extra-time loss against Algeria in the quarter-final two years ago - when Ivory Coast conceded a late equaliser as they pressed for a second goal before going on to lose the game - as the turning point.

"[This year] we have a very good defence and that is our strength - what is important is to have one more goal than the opponents," he said.

True to their word, the Elephants have gone through the rounds of the 2012 tournament without conceding a single goal.

The coach said the atmosphere within the squad has been very good throughout the campaign so far.

"We have experienced something very powerful from the beginning," he told a news conference in the Gabonese capital Libreville.

And while much attention has been placed on Zambia because of their emotional connection to Gabon, Ivory Coast point out that they have powerful off-field motivation as well.

"Our country went through a difficult moment and I think that also helps with the spirit that we have at the moment," striker Salomon Kalou said - referring to the recent civil war in his country.

"We want to win for the people who have been suffering for so long, and as footballers the only thing we can give back is to play at 100% and make them proud."