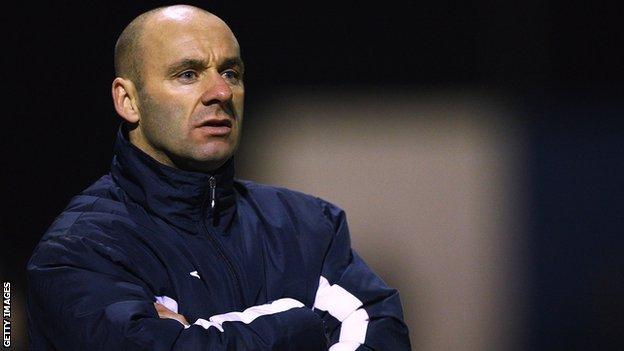 Barrow joint-boss Darren Sheridan has left the club by mutual consent after five years in charge at Holker Street.

He was suspended by the Blue Square Bet Premier club last week for undisclosed reasons while the Bluebirds launched an internal investigation.

"It's a sad time for the club, obviously and fans will be wondering about the future of the club," chairman Brian Keen told BBC Radio Cumbria.

"We've parted good friends and wish him every success in the future."

Alongside Dave Bayliss, Sheridan, who made 24 appearances for the club in midfield last season, helped the club to promotion to the top tier of non-league football and an FA Trophy final win during his time with Barrow.