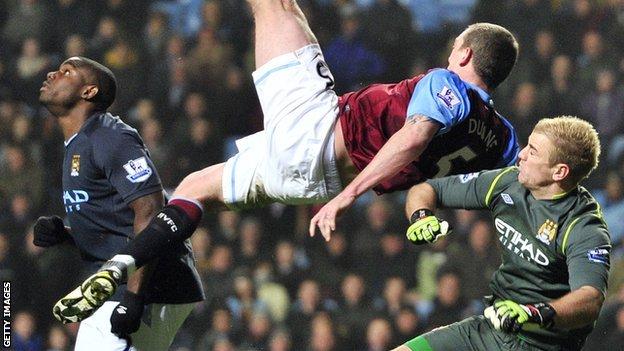 Aston Villa central defender Richard Dunne will be out for up to two months with a shoulder injury.

"He will undergo an operation today in Birmingham. It is anticipated that he will be sidelined for up to eight weeks," said the club.

"Ciaran has tweaked a ligament and we will lose him for a few weeks. It's not an overnight return either," manager Alex McLeish said on Sunday.

The injuries have left Villa short in central defence.

However, there was some better news for McLeish, with midfielder Chris Herd returning to full training on Monday having recovered from an ankle ligament injury that has left him out of action since December.

He will be available for the game against Wigan on 25 February.