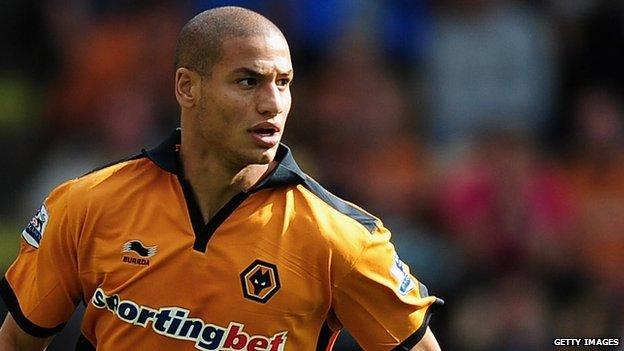 The 26-year-old Algeria international joined Forest from Wolves at the end of January.

He put in an upbeat performance during Forest's 1-1 draw against Watford on Saturday.

"We have a good team spirit and everyone wants to show themselves," Guedioura told BBC Radio Nottingham.

"The club, the players and the staff have helped me to adapt very quickly. They've given me confidence and that's why I'm happy.

"We have 17 games and hopefully we'll get some wins, get out of the bottom three and we'll stay up.

"On Saturday everyone played well and with good mentality and everybody wanted to win."

Guedioura struggled to earn a regular place at Molineux and only started two Premier League games this season.