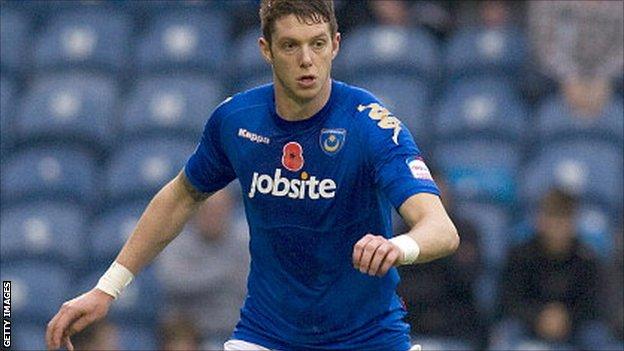 Portsmouth defender Greg Halford says the players are not feeling sorry for themselves despite the ongoing financial crisis at the club.

The club were issued with a winding-up petition by HM Revenue and Customs on 3 January and will appear at the Royal Courts of Justice on 20 February.

Pompey's players are also still waiting for their January wages as the club continues the search for new owners.

They owe £1.9m in unpaid tax to HMRC and have so far failed to gain a validation order to unfreeze their bank account so they can play the club's staff.

However despite the turmoil off the pitch, they continue to defy the odds on it, with Michael Appleton's side earning a 1-1 draw on Saturday at Blackpool.

"We could have a new buyer come in tomorrow," added Halford.

"The turnaround could be in 48 hours and everything could be fine."

Halford admits everyone at the club is continuing to remain positive but are braced for administration should it happen.

"If no-one comes in then the worst case scenario is that we go into administration," he said.

"At least then we know where we are. It's hard being in the dark but I am sure it will get sorted sooner rather than later."