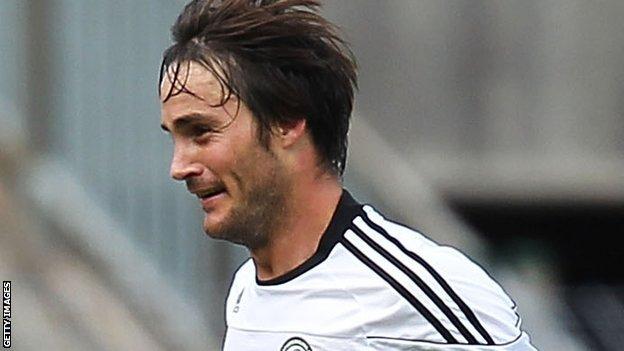 The 29-year-old, who was recently released from Maltese side Floriana FC, also carries a German passport.

Shots boss Dean Holdsworth told the club website: "Wilko gives us something different for our strikers to play off. He could become a good asset for us.

"He is well travelled and he wants to prove a few things to people and we can take advantage of that."

Wilko, who made his debut for Namibia in 2007, is the brother of Swindon Town midfielder Oliver Risser.

Meanwhile the Shots have also extended the loan deal of Hull defender Sonny Bradley for a further month.