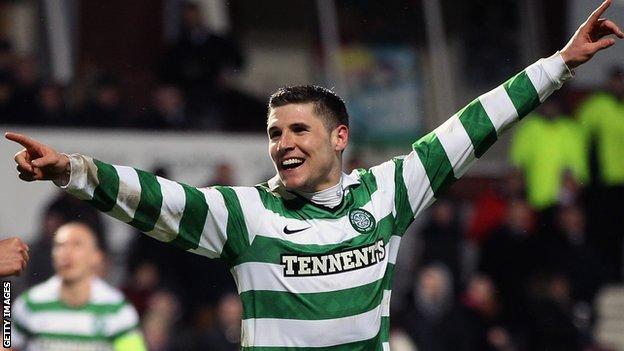 Wales are looking into the eligibility of Celtic striker Gary Hooper.

The 24-year-old was born in Harlow, England, and Scotland have also looked - without success - into whether Hooper could qualify for them.

The former Scunthorpe player has told the Scottish Premier League leaders he was unaware of any Welsh link.

Meanwhile, Wales have approached Russia, Bosnia and Peru over playing a home friendly on 15 August ahead of their 2014 World Cup qualifiers.

Wales face Belgium on 7 September, Serbia four days later, then another double-header in October against Scotland and Croatia.

It is understood that Wales were approached by 1998 World Cup winners and Euro 2000 champions France to play a friendly on 5 June.

But Chris Coleman's side have already organised a friendly against Mexico in New York on 27 May and Wales' players will then embark on their summer break.