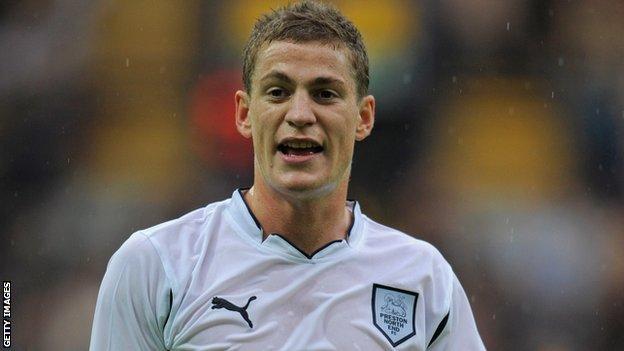 Peterborough United chairman Darragh MacAnthony says he has tried to bring Preston midfielder Paul Coutts back to the club but has given up on the deal.

"But with the numbers we've been given back, it's not going to happen. No disrespect to the player or the club but we don't see value in the deal."

I understand peoples' frustrations .... but sometimes we have to look at the bigger picture

The 23-year-old Scot was stripped of the Preston captaincy and had his attitude questioned by new boss Graham Westley earlier this month.

Posh are actively trying to strengthen their squad, in part through the money recouped through

But 23-year-old Coutts, who has made 72 appearances for the Lilywhites, looks unlikely to return to the club where he played 60 games and won promotion to the Championship.

"We're already talking about other players," added MacAnthony. "So there's no story in that one unless Preston suddenly change their minds."

MacAnthony has also voiced his concern over growing frustration among Posh fans, particularly after the

"I watched the game from the USA. You could sense a very uncomfortable atmosphere in our home ground," he said.

"I love sitting in my living room because I feel comfortable. But that day it didn't feel like my living room and I'm sure the players felt like that.

"If they start feeling that way about their own home patch, that doesn't bode well for the club.

"I understand peoples' frustrations. They buy a ticket and they've got a right to express an opinion. But sometimes we've got to look at the overall picture."