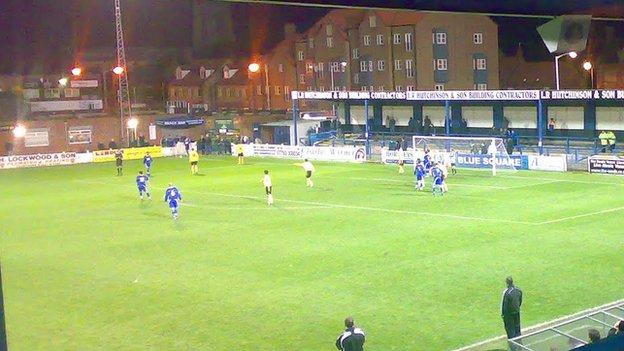 Gainsborough Trinity chairman Peter Swann says the club's planned stadium could be ready for the 2013-14 season.

The Blue Square Bet North club hope to build on part of the former Castle Hills School site in the town.

He told BBC Lincolnshire: "We hope to get the plans in in the next four to six weeks and would love to start building around August or September.

"With a build of 10 to 12 months, maybe next July or August we would be in a new stadium. It can work that quickly."

Maybe next July or August we would be in a new stadium. It can work that quickly

Gainsborough have been at their current Northolme ground since 1873 but are looking to move to a new stadium with more facilities for the community.

"We don't own our ground, we lease it," Swann explained. "The current site needs upgrading and that will cost hundreds of thousands of pounds, so we find ourselves wanting a more practical place where we can generate a proper income for the club.

"The idea is for the local community to get involved and run the stadium themselves. I think it could comfortably do so in a facility which has the ability to generate its own income from 3G pitches, function rooms and educational units."

"All of these facilities which can be used in a football arena are there for us to make it work for Gainsborough Trinity."