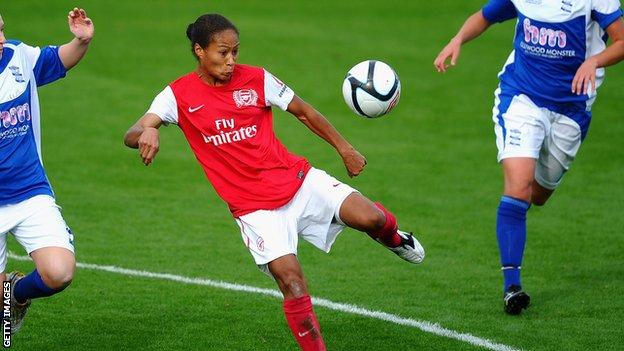 The Football Association is considering introducing a two-tier Women's Super League (WSL) in 2014.

The eight teams that took part in the inaugural WSL season, which ended in August with Arsenal winning the title, have been offered new licences.

Sixteen teams had initially applied for membership in 2010, with Sunderland and Nottingham Forest missing out.

An FA statement said: "Plans being discussed include exploring the introduction of a second tier in 2014."

Birmingham, who led the championship, finished runners-up in the first season behind Arsenal, while Everton claimed third spot.