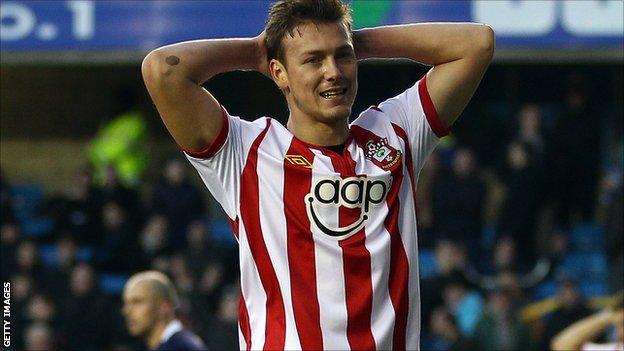 The U's need to strengthen their attacking options after losing forwards Jon-Paul Pittman, Alfie Potter and Tom Craddock to injury in recent weeks.

Holmes, 24, began his career as a trainee at Derby County before joining Saints on a free transfer in 2008. He has made 11 appearances this season.

"Lee has tremendous ability and has played at a good standard all of his career," said U's boss Chris Wilder.

Wilder continued: "He makes things happen and is a player I have admired for a very long time. He is a left footer which is important for balance after losing JP Pittman."

The U's have lost Potter for the season while Pittman and Craddock are expected to be out for another three to four weeks.

"We have seven or eight games during his stay here, and going into such an important stage of the season following our lengthy injury list up front," said Wilder.

"We were very lucky to have the 12th man fund available to bring in Mehdi when Alfie Potter was ruled out, and as a club we weren't looking to bring anymore in, but with 'JP' now out for the month, and with the rearranged games giving us a very busy period, we had to make the decision to add to the squad again."