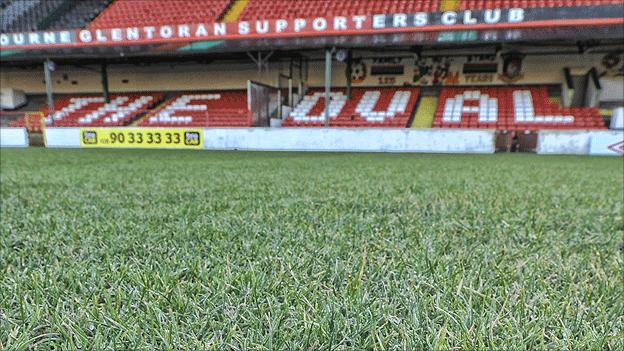 Irish Premiership side Glentoran have delayed naming their new manager until next week.

The Glens had been expected to unveil Scott Young's successor before this Saturday's Irish Premiership match at home to Cliftonville.

The decision is to be made at a board meeting on Tuesday night.

Ian Foster, Pat McGibbon, Eddie Patterson and Roy Walker are the shortlisted candidates who have been interviewed for the vacancy.

Glens director of football Roy Coyle has been acting as caretaker manager.

Foster is a former manager of Galway United and Dundalk in the League of Ireland while ex-Manchester United defender McGibbon is currently in charge of Championship One promotion hopefuls Newry City.

Walker was appointed Glens boss in 2007 but had to step down within days because he did not hold the required Uefa licence at that time.

Glentoran are currently sixth in the Irish Premiership table and Young resigned the day after they were knocked out of the Irish Cup by Amateur League side Newington Youth Club.