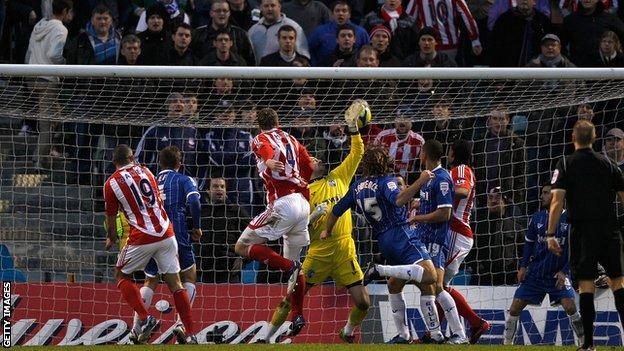 Gillingham are poised to blood a new look defence as they look to halt a five-match losing streak.

The Gills lost 2-1 at home to Southend on Monday and fresh injuries have prompted boss Andy Hessenthaler to consider a reshuffle at the back.

"That's the reason we have to make changes. Hopefully the players we bring in will stop making errors."

The Priestfield Stadium side have won just once in 2012 and have lost six of their last seven matches in all competitions, conceding 17 goals in the process.

Youngsters Paulo Gazzaniga, Connor Essam and Jack Evans all featured against the Shrimpers and Hessenthaler believes they are ready to shoulder more responsibility in the first team.

"You've got to give the youngsters credit and you've got to think about playing them," he added.

"Maybe that's the route, to get the boys in and get them playing. They play with no fear, they give you everything and they listen."

The 31-year-old is currently on trial at the club and is an option Hessenthaler will be monitoring closely.

"He's not a younger one but we just have to shake things up.

"He is experienced and whether I can do something with him until the end of the season, we'll just have to wait and see," concluded Hessenthaler.