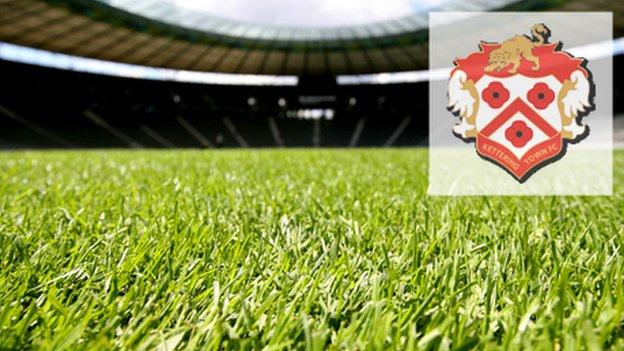 A fundraising match between Kettering and Coventry has raised over £6,000 for the Blue Square Bet Premier club.

The money will go to the players, who had not received their full wages for two months, and to pay for the club's the trip to Barrow on Saturday.

"Hopefully we can give a performance back justifying the money raised."

"It's fantastic," added Westwood. "Now we can focus on the game - it takes a little pressure off."

A crowd of 525 attended the friendly match at Nene Park, which ended in a 1-1 draw.

Coventry and the match officials gave their services free of charge as the Blue Square Bet Premier club are trying to resolve serious financial issues.

The money has not paid the squad all the wages they are owed, which is a condition of the Football Conference if Kettering are to avoid a three-point penalty and £3,000 fine at the end of February.

The Kettering Town (Poppies) Supporters Trust have raised just over £14,000, which includes a collection taken by Wrexham fans.

They have used the money to pay the club's stewards and some of the players' wages, gate receipts owed to Southend Manor, FA fines, St John Ambulance and covered costs of coaches to Wrexham and Barrow.