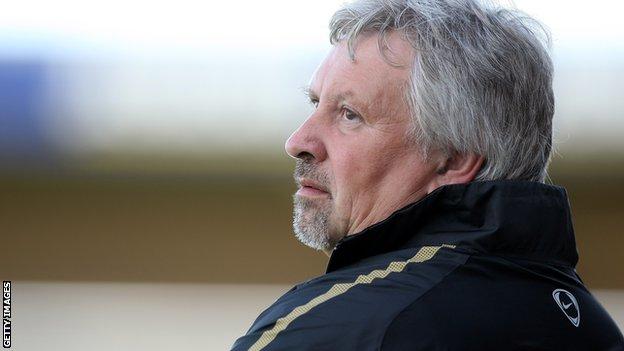 Southend United boss Paul Sturrock has said he threatened his players with a spell on the sidelines before Monday's 2-1 win at Gillingham.

The Shrimpers were without a victory in their previous four games and Sturrock made four changes to the line-up that lost 2-0 to Rotherham on Friday.

He told BBC Essex: "Some of the players were told they were on their last game.

"I'm very hopeful now the players appreciate the hard work that is done for them."

He added: "The four changes were definitely a feature of the game."

Victory over the Gills put Southend top of League Two, albeit on goal difference, for the first time in three weeks, with their promotion rivals all set to play On Tuesday night.

"We want to be in the fray. Gillingham is a difficult place for anyone to come and get a victory and I'm very pleased to come away with the three points."

Southend host Crewe at Roots Hall on Saturday, as they look to improve their home record, which is the worst of the league's top six.

"We have to get our home form sorted," added the manager. "It has to be a bastion at home.

"Our away form is exceptional, so it's vitally important we settle down and sort our our home form."