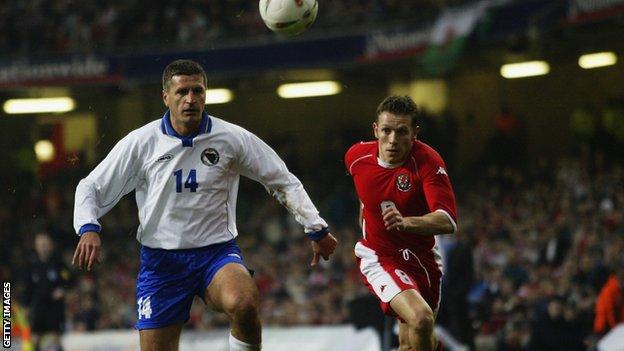 Wales will face Bosnia-Herzegovina in a friendly on 15 August ahead of their 2014 World Cup qualifiers.

The venue and kick off time are still to be agreed but the game will be staged in south Wales.

The Football Assocation of Wales said a venue will be announced once Carling Cup matches for the new season are decided.

Wales have faced Bosnia-Herzegovina on one previous occasion when they drew 2-2 at the Millennium Stadium in 2003.

The game will be Wales' final preparations for the World Cup qualifiers, which begin in Septmeber.

Wales face Belgium on 7 September, Serbia four days later, then another double-header in October against Scotland and Croatia.

The FAW have already confirmed Chris Coleman's side will face Mexico in a friendly New York on 27 May.

It is understood Wales were approached by 1998 World Cup winners and Euro 2000 champions France to play a friendly on 5 June.

They face Costa Rica at Cardiff City Stadium in the Gary Speed Memorial match on 29 February.