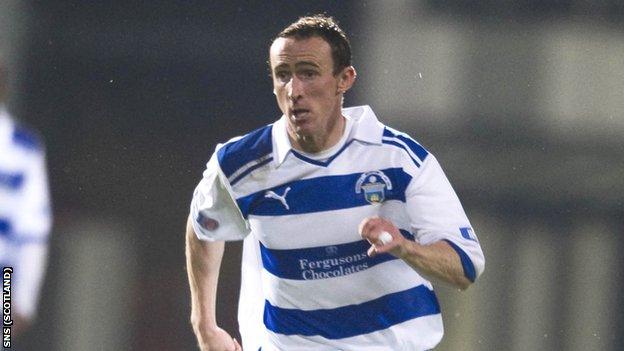 Morton recorded their first win in six outings and in doing so moved up three places in the First Division.

The Ton took the lead after 24 minutes, Archie Campbell latching onto Thomas O'Ware's long ball before finishing from close range.

Morton doubled their advantage five minutes later through David O'Brien's fine strike from the edge of the area.

The visitors nearly added a third before the interval when Peter MacDonald headed over the bar inside the six-yard box.

The Accies did pull a goal back after 85 minutes when Andy Ryan headed home Grant Gillespie's cross.

Despite a late charge, defeat leaves Hamilton five points above the drop zone.