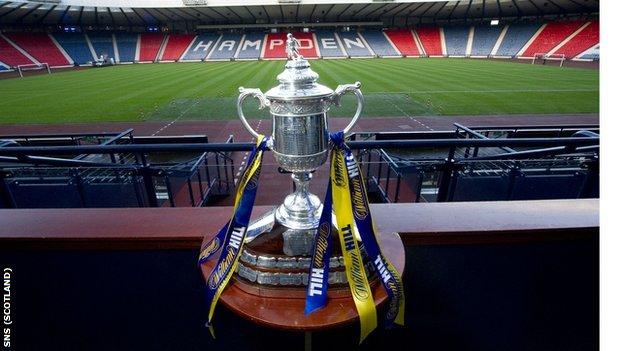 BBC One Scotland will broadcast live television coverage of next month's Scottish Cup sixth-round tie between Hearts and St Mirren.

The game at Tynecastle will kick off at 1230 GMT on Saturday 10 March and the winners of that game will earn a place in the semi-finals.

Dundee United will host holders Celtic at Tannadice and Motherwell take on Aberdeen at Fir Park.

Ayr United edged out Falkirk to earn a tie at home to Hibernian.

Ties to be played on the weekend of 10/11 March