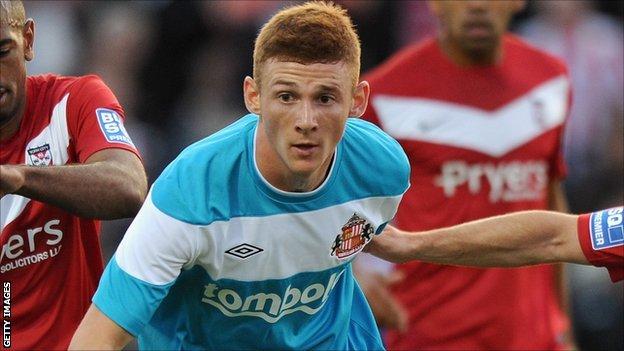 Sunderland striker Jordan Cook has extended his loan spell at Carlisle United by a month.

The 21-year-old, who made four appearances on an initial one month deal at Brunton Park, will now remain at the club until 10 March.

"We've seen what Jordan can do and we're delighted that he'll be with us for another month," boss Greg Abbott told the club website.

"He has energy and he causes problems, and he has fitted in well."

Cook, who has made three appearances for his parent club, has also spent time with Darlington and Walsall.