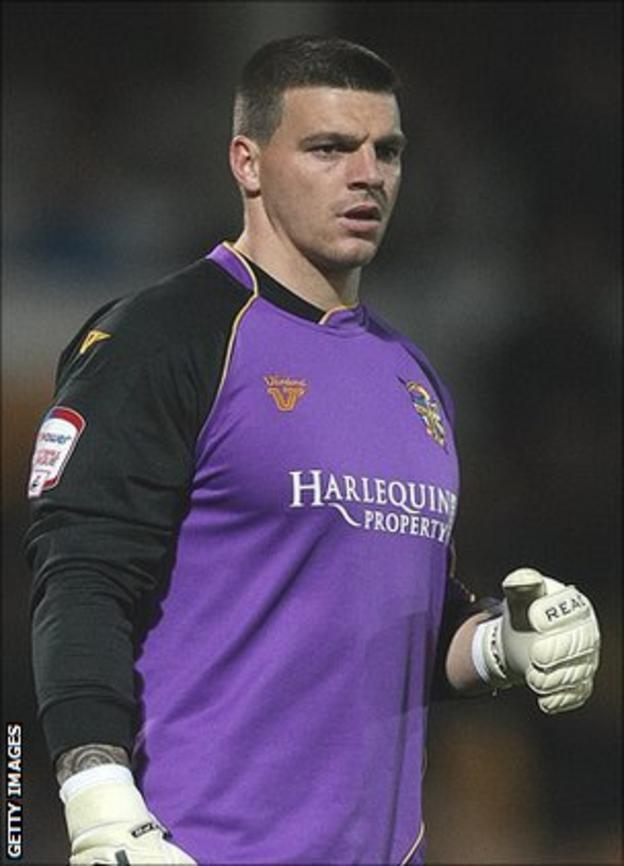 Vale were leading 1-0 when Tomlinson spilled a header from Bradford defender Andrew Davies into his own net.

Adams told BBC Radio Stoke: "Everybody saw the mistake but he kept us in the game in the first-half with one save.

"That's the life of a goalkeeper - unfortunately it's his mistake that's cost us getting three points."

Vale went ahead just before half-time with a stunning volley from Louis Dodds.

"If there's a better goal in this division this season I'd like to see it," said Adams, who saw his side denied a third straight victory in League Two.

"It was worthy of a winner rather than a goal that's got us a draw.

"He's probably the best finisher at the club. When you see him in training, he does it day-in and day-out.

"He's got to replicate it on the big stage and tonight he did."

Chris Shuker and Paul Marshall were unused substitutes for Vale after signing non-contract terms with the club earlier in the day, and Adams is pleased to have added some more reinforcements to his squad.

"They've been training with us for a while now and they're fit because they've done everything that everybody else has done," added the Vale boss.

"It was just a matter of trying to get them signed on in any way that we could, and the route for us was non-contract.

"We're glad to have them on board because it gives us a couple of extra bodies."