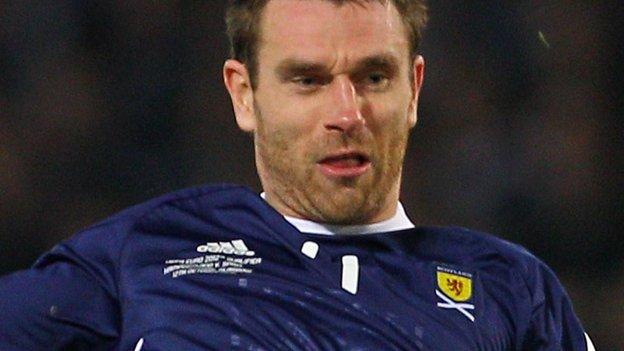 Defender Stephen McManus says he was pleased to get through his debut for Bristol City, after arriving on loan from Middlesbrough just hours before their game with Crystal Palace.

"It was eventful," the Scotland international told BBC Radio Bristol.

"I was standing there with 15 minutes to go with my tongue hanging out so it was good to get through it."

He added: "I've not even got any clothes down with me, just the stuff that I came into training with this morning.

"That sometimes happens in football but you've just got to deal with it."

Former Celtic skipper McManus, who has 26 caps for his country, signed for Middlesbrough on a permanent deal in July 2010 following a succesful loan spell at the Riverside.

He has made 21 appearances for Boro this term but has only played twice since the turn of the year.

"It's been ongoing for five or six weeks so it was good to finally get is settled," he said. "Thankfully both clubs got their heads together and we got there in the end.

"It's lucky that I knew a few of the lads. I've known Stephen Pearson and David Clarkson for many years and the manager has been great with the contact all the way through.

"He wanted me to come so it was a good decision."

McManus still has 18 months left to run on his Middlesbrough contract and refused to be drawn on whether he would be willing to join City on a permanent basis.

"I'll take every game as it comes," he added. "It's not crossed my mind, you could come here and club might not want you [to stay].

"The only thing I'm expecting in the summer is to go on my next holiday."