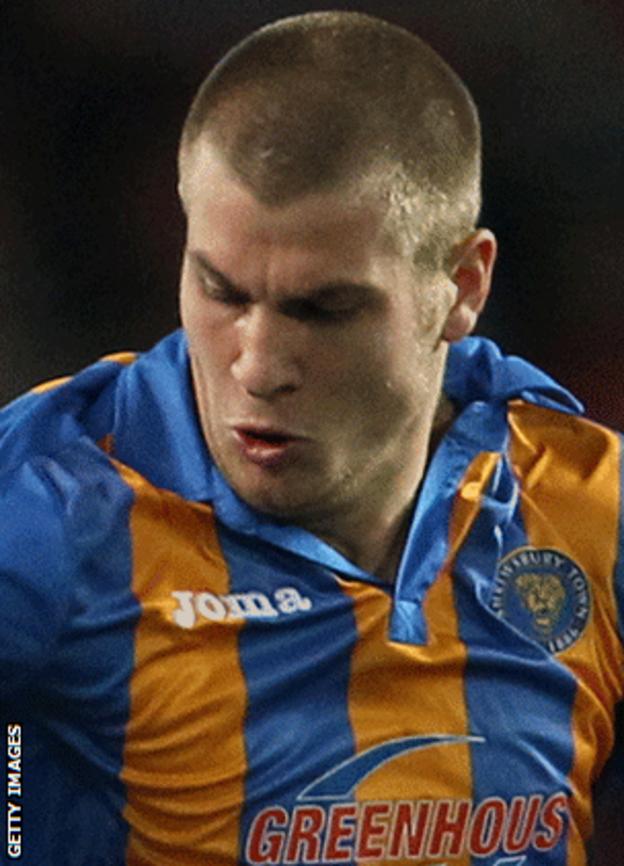 Collins, 21, scored a late winner against Bristol Rovers on Tuesday to take his season's tally to 10.

"James perhaps hasn't got the speed of Steve but he's got the strength and determination, he knows how to get into scoring positions," Turner told BBC Radio Shropshire.

"His goalscoring record will get better and better as time goes along."

Bull hit 306 goals over 13 years for Wolves, after Turner signed him from local rivals West Brom in 1986.

Collins, who joined Shrewsbury Town on an 18-month contract in January 2011, has so far notched 16 goals in 49 league appearances for the Shrews.