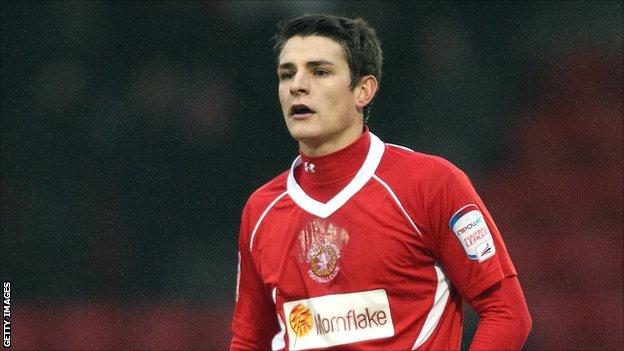 Crewe manager Steve Davis has been impressed with the progression made by Ashley Westwood and Luke Murphy.

Both midfielders scored in the 3-2 home win against Burton on Tuesday.

Davis told BBC Radio Stoke: "Westwood and Murphy are starting to realise that they're decent players and they can play a lot higher than this.

"All I've said to them is that they need to be top-end League Two players or League One players if they're going to get this club promoted."

Crewe boss Davis continued: "They don't need to go beyond that. They don't have to be Championship or Premier League players.

"They just need to be League One players, and once they've achieved that, they can then go on and think about being in the Championship.

"That's a daily thing, trying to get that mental strength and that belief in themselves."

Crewe moved into the top half of League Two and four points from a play-off place with their fourth victory in five matches.

Westwood, 21, and 22-year-old Murphy both recently passed a century of first-team appearances for the Alex, having come through the youth ranks at the League Two club.