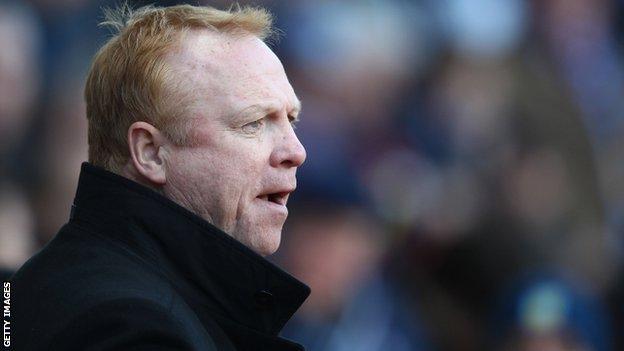 Randy Lerner, who owns both clubs, thinks it will benefit Villa, who sit 15th in the Premier League.

Chief executive Paul Faulkner said: "Alex felt this was an ideal opportunity to exchange ideas with his American counterparts."

Villa, meanwhile, have won just once in their last six Premier League games, a run that leaves them seven points above the relegation zone.

With the Premier League on a two-week break because of the FA Cup, McLeish is using the time to travel to the States to take part in a brainstorming session with Shurmur about player evaluation, scouting, rehab and training.

He will be joined on the two-day trip to the Browns' base in Berea, outside Cleveland, by assistant manager Peter Grant, fitness coach Adrian Lamb, Dr Ian McGuinness and performance analyst Patrick Riley.

Shurmur, who joined the Browns as head coach last year, has worked with the Philadelphia Eagles and St Louis Rams during his 13 seasons working in the NFL.

McLeish has come under pressure from fans for the club's disappointing form, with a demonstration against the former Birmingham manager on Sunday at Villa Park before the 1-0 defeat by league leaders Manchester City.