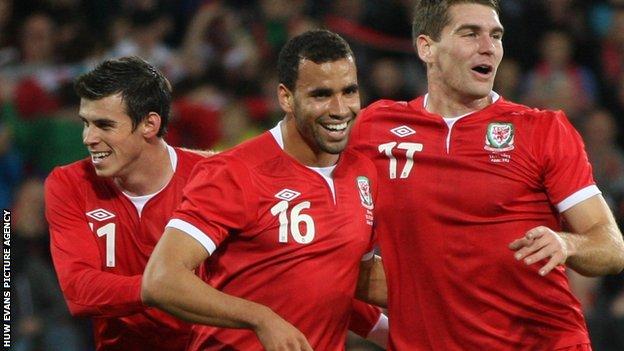 Wales have risen seven places to 42nd in the latest Fifa world rankings, their highest position for 17 years.

The national side, who have won four of their last five games, are at their highest position since September 1995.

Wales, under the late Gary Speed, made the biggest yearly leap in Fifa rankings during 2011 amassing 330 points.

Managerless England remain fifth, Scotland stay in 48 and Northern Ireland move one place up to 86.

Zambia soared in the rankings after winning the Africa Cup of Nations, rising 28 places to 43rd.

Germany climbed to second behind World Cup holders and European Champions Spain, their highest ranking since May 2009.