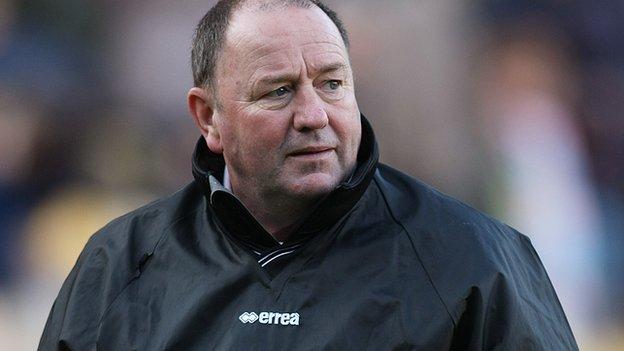 Yeovil manager Gary Johnson believes loanee Lawson D'Ath will improve during his spell at Huish Park despite a "nervous" performance against Wycombe.

The 19-year-old Reading midfielder was signed by the League One club last week and made his Football League debut in the 3-2 win on Tuesday.

"You could see he was nervous, his touch is better than it was," Johnson told BBC Somerset.

"I'm pleased he's seen the game out and he'll be even better next time."

D'Ath has made one appearance for his parent club - in their FA Cup defeat by Stevenage in January.

Johnson continued: "I've given quite a few lads their league debuts. He should have scored with his first touch, instead of trying to control it and volley it. We might have been 1-0 up and he'd have scored within a minute of his debut.

"Young lads take a little bit of time and we were thinking about taking him off. We know he's a quality player and I wanted to keep him on the pitch because I knew it would give him a bit of confidence."

Meanwhile, Johnson revealed they were hoping to bring back Bristol City youngster Joe Edwards on loan.

The defender, 21, made four appearances during a month-long spell with the Glovers in January, but he returned to Ashton Gate after picking up an injury.

"I think Joe feels he'll be close for this weekend so we need to decide if we want to take him back," said Johnson.

"He wants to come back and we'd like to have him but Bristol City have got a few injuries so they need him around."