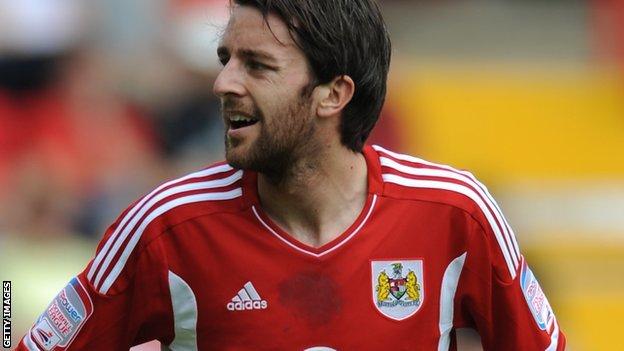 Bristol City midfielder Cole Skuse has been ruled out for four weeks with a toe injury.

The 25-year-old was taken off during their 2-2 draw with Crystal Palace on Tuesday and X-rays revealed he had broken and dislocated the toe.

"It's a massive blow for us," manager Derek McInnes told the club website.

"This is the news we were fearing when we sent him for scans and everybody is disappointed to learn we will have to do without Cole for a month."

He added: "Cole has been a consistent performer for us and his versatility is a real asset."

Skuse has made 31 appearances for McInnes's side this season, who currently sit one place above the Championship drop zone.