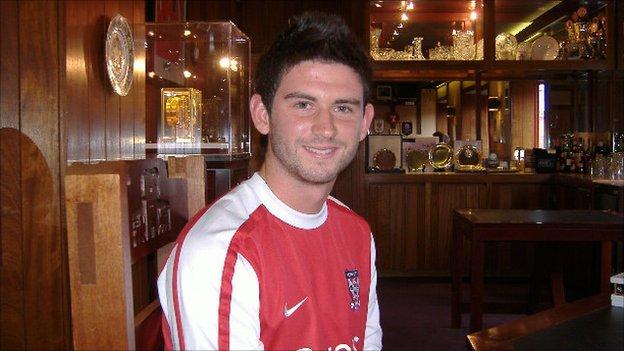 York City midfielder Patrick McLaughlin has been called into the Northern Ireland Under-21 squad.

The 21-year-old will represent his country against Macedonia on 29 February in a UEFA Euro 2013 qualifier.

McLaughlin told BBC Radio York: "I haven't been to Macedonia before so it'll be another great experience.

"The more I can keep playing well for York then hopefully the international call-ups will just keep coming. I'm delighted to be called up."

McLaughlin, who has represented Northern Ireland at every level from Under-15 to Under-21, has been at York City since signing from Newcastle United in the summer where he was captain of the reserves.