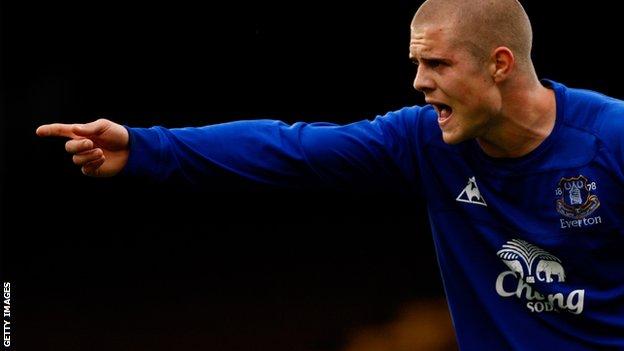 Everton's Jake Bidwell has extended his youth loan deal at Brentford to keep him with the Bees until 20 March.

The 18-year-old defender has made 11 appearances for the Griffin Park side since arriving in November.

Brentford manager Uwe Rosler told the club website: "I can only take my hat off to him for the level of performance he has delivered."

Bidwell, who has featured in England's Under-19 side, made his Everton debut against BATE Borisov in 2009.

His inclusion in the 1-0 Europa League defeat means the Everton academy product is currently the youngest Blues player to have featured in a European fixture.