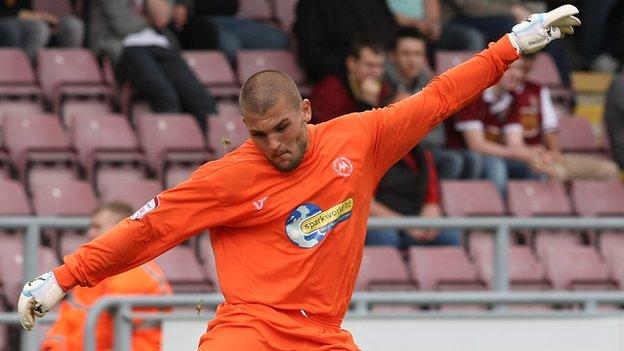 Torquay United goalkeeper Bobby Olejnik has signed a deal that will keep him at the club until 2014.

The Austrian, 25, who joined from Falkirk last summer, has been in impressive form this season.

Gulls manager Martin Ling, whose side are currently level on points with League Two leaders Southend, was full of praise for his number one.

"I've not seen a better keeper in the league. Bobby's form hasn't dipped all season," he told the club website.

"We are building something special here at Torquay and a good keeper is often the foundation for success in any team, and we have a very good one."