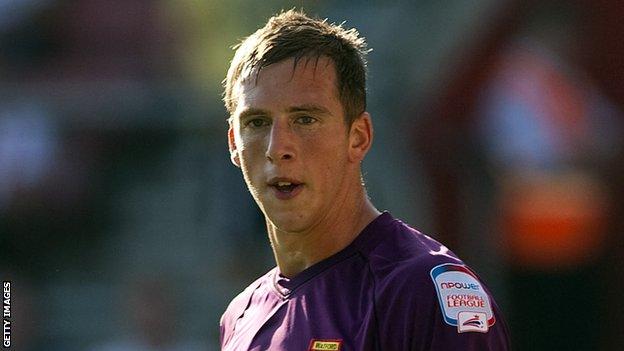 The 24-year-old made eight appearances during a spell at Yeovil this season and will provide cover for the injured Scott Shearer.

Reds boss Steve Evans told the club website: "Rene has initially joined us until the end of March but that date can be extended.

"At that stage we will also know more about Scott and when he will be back."

Evans added: "Rene is a big lad with a great presence and his distribution is excellent. He is a great addition to the squad."

Gilmartin is eligible for Crawley's FA Cup fifth round tie at home to Stoke City on Sunday.

Meanwhile Shearer is set for surgery after sustaining the injury to his right knee in a clash with Cheltenham's Jermaine McGlashan during the 4-2 win last week.

McGlashan wrote on his Twitter account: "Would like to wish Scott a speedy recovery, heard the bad news re. his cruciate in a challenge with me.

"Was an honest challenge and am gutted he came off in a bad way, hope to hear he is back playing soon."