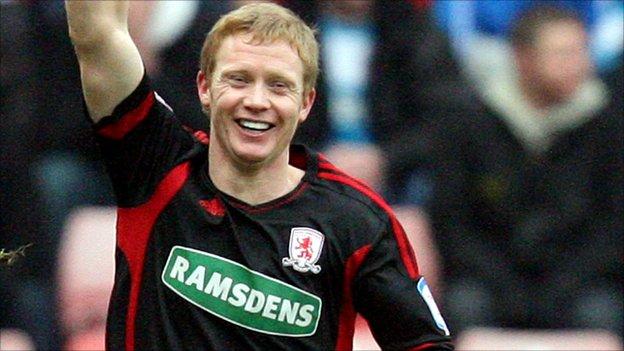 The 33-year-old has scored 16 goals in 77 appearances for the Teessiders following his arrival from Celtic in January 2010.

"I'm very excited to be joining Whitecaps and to continue my career in Major League Soccer."

Robson, who also has 16 caps for Scotland, has been influential in Boro's push for promotion this season with eight goals in 26 matches.

"My immediate priority is to help Boro win promotion to the Premier League, where the club and their supporters deserve to be.

"With the squad we have, there's every chance we can do that, although we all know it's going to be hard with the league being so tight.

"I'd like to wish Tony Mowbray, the club and the fans, who have welcomed me so warmly since I came here, the very best for the future."