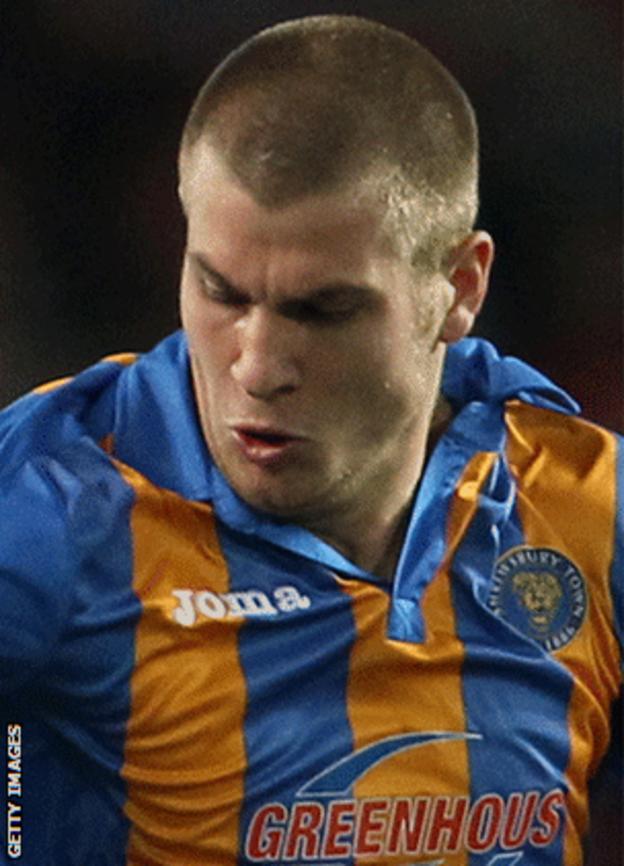 Collins spent five years working his way up the Villa youth ranks - but a loan to Burton was followed in January 2011 by a permanent deal at Shrewsbury.

"I had great years there and worked with some great coaches, but I was never going to get into the first team," he told BBC Radio Shropshire.

"I needed to move, and Shrewsbury gave me the chance to revive my career."

Collins, who has just turned 21, realised he did not figure in Villa's plans after Martin O'Neill left the club.

"It was my time to go - Gerard Houllier had come in and was making changes and I needed to get out and play," he said.

Collins signed an 18-month deal for Graham Turner at Shrewsbury in January 2011, and this season has topped their scoring charts with 10 goals.

He also bagged a hat-trick recently for the Republic of Ireland Under-21s against Liechtenstein.

"I had some great times at Villa but I have no regrets about leaving," he said.

"Everything's going really well for me at the moment, and I'm very happy."