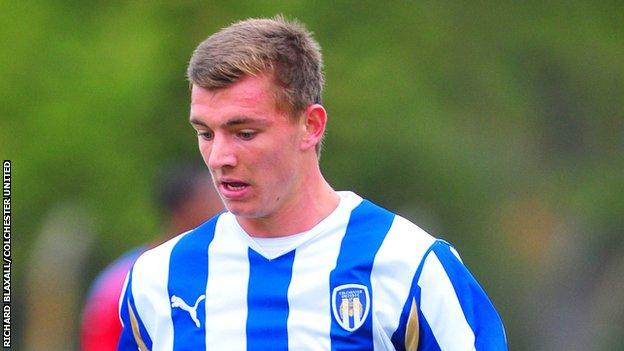 The Colchester-born 17-year-old is a product of the U's youth academy and is captain of the club's under-18 side.

"It's something I want to do. Watford were happy, I'm happy and Gavin Massey's happy," he said.

Massey, 19, has yet to open his scoring account in three games for the U's and is set to return to Vicarage Road after Saturday's trip to Yeovil, a club he spent the early part of the season with.