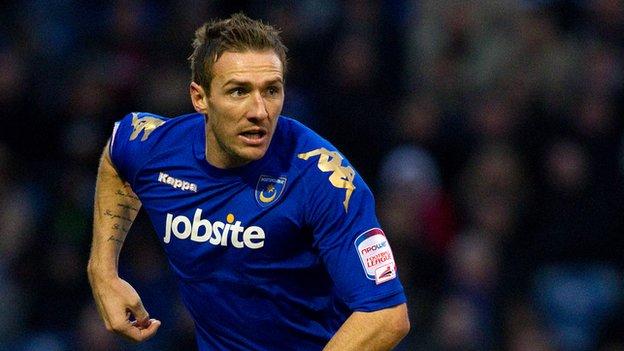 Pompey are expected to enter administration for the second time in three years on Friday, and money is so tight they are not able to assess Lawrence's injury.

"Because we can't afford to scan his calf we don't know the full extent of the injury."

Should the Fratton Park side go into administration they would be given a 10-point deduction that would drop them down to 21st in the Championship table.

It was revealed earlier in the week that the club's bank accounts have been frozen in light of a winding-up petition served on 3 January.

A special validation order had been granted so that Tuesday's game against Ipswich Town could go ahead, but they were denied an order that would have allowed access to club accounts.

Players and staff have gone unpaid as a result, while rudimentary payments for injury assessments cannot be completed.