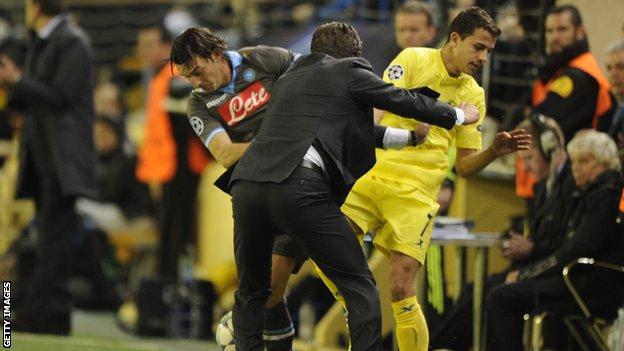 Napoli coach Walter Mazzarri has been handed a touchline ban for both legs of the Italian side's Champions League last-16 tie against Chelsea.

Uefa rejected Mazzarri's appeal against a two-match suspension for improper conduct against Spanish club Villarreal in their Group A match in December.

He pushed over Villarreal's Brazilian striker Nilmar in a touchline spat.

The Italian will watch the home leg on 21 February, plus the Stamford Bridge return on 14 March, from the stands.

Uefa also banned Mazzarri for a third game, suspended for a probationary period of two years.