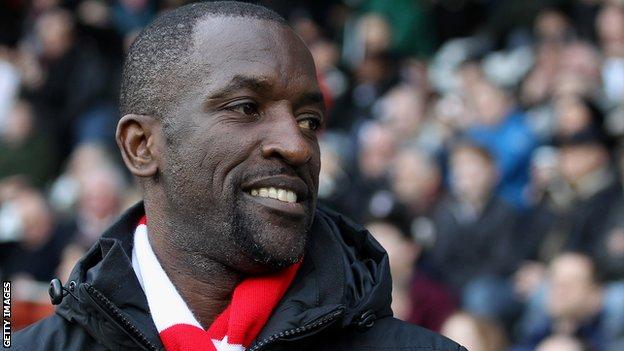 Charlton Athletic manager Chris Powell has said pre-match handshakes should be kept in the game.

There have been calls to scrap the practice after Liverpool's Luis Suarez refused to acknowledge Manchester United's Patrice Evra last weekend.

Powell, 42, told BBC Radio Kent: "You teach your children to shake hands from a young age. We should keep doing it.

"We've only had one or two incidents so why should that affect anyone else? I think you should always do it."

The issue first came to light when the FA intervened to cancel the pre-match ritual before QPR played Chelsea in the FA Cup on 28 January.

Liverpool striker Suarez then refused to shake hands with United's defender Evra, prompting Cardiff manager Malky Mackay and QPR boss Mark Hughes to both state that the practice should stop.

But Powell believes they are isolated incidents, adding: "It's been an issue that shouldn't have even arisen.

"If you know there could be conflict because of past history, then don't do it, just as QPR and Chelsea did.

"I thought it was quite wise."