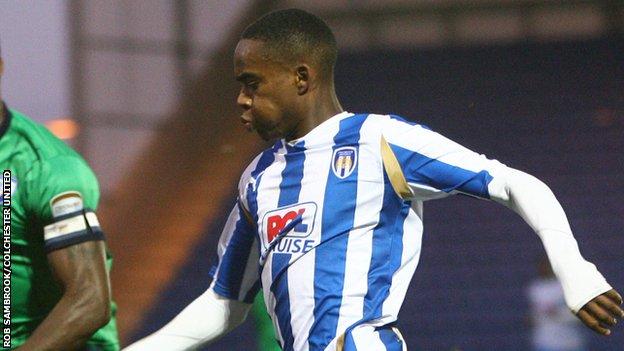 Watford have recalled striker Gavin Massey from his loan spell at Colchester United.

The 19-year-old was not due to return to Vicarage Road until after Saturday's clash between the U's and Yeovil.

But the Hornets are short on forward options, with Marvin Sordell moving to Bolton in January and Troy Deeney struggling for fitness ahead of Saturday's trip to Crystal Palace.

The inclement weather restricted the striker to three appearances during his time in Essex.

"We have told Watford that, if injury situation settles down, we would be pleased to welcome him back in the future," Ward told the club website.