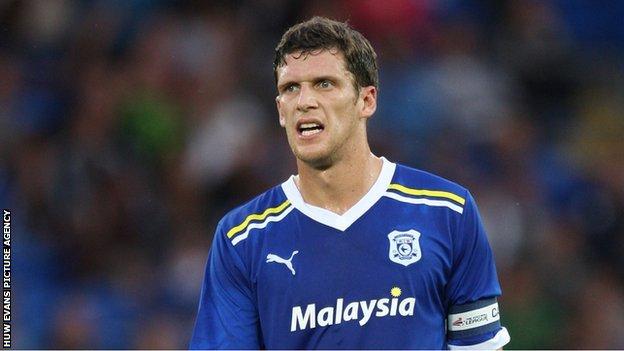 Cardiff City will be without captain Mark Hudson and midfielder Stephen McPhail for Saturday's Championship trip to Ipswich Town.

Midfielder McPhail has turned to doctors to help control the onset of his Sjogren's Syndrome and has missed the Bluebirds' last three matches.

Centre-back Hudson has a calf strain but could be fit for next week's Carling Cup final with Liverpool.

But wing Craig Conway is pushing for a recall at Portman Road.

The Scotland international came on as a substitute in the 3-1 midweek win over Peterborough that restored Cardiff to third in the table.

Manager Malky Mackay could revert to a 4-5-1 formation against the Tractor Boys.

That would mean either on-loan forward Haris Vuckic or Rudy Gestede - both of whom scored against Posh - would drop to the bench, with Kenny Miller occupying the lone striker's role.