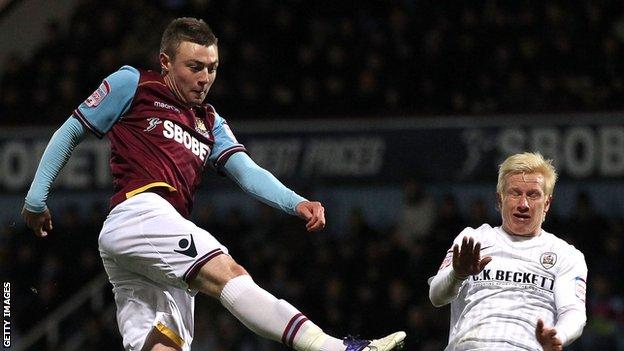 The 22-year-old former England Under-21 international will be available for Saturday's trip to Yeovil, subject to the completion of paperwork.

He has failed to score in 11 games for the Hammers this season.

"A lot of work went in last night to get him here and he'll meet us at Brentwood to join us on the coach to Yeovil," said U's boss John Ward.

"Freddie has been at different clubs in the Championship and has also played in the Premier League and we feel it is a bit of a coup to get him in and play for us.

"I spoke to him last night, and he was very happy to come here. There was interest from elsewhere, but he has decided to come to us."

Sears broke on to the scene four years ago, scoring a debut winner for West Ham in a 2-1 Premier League victory over Blackburn Rovers.

Since then he has been restricted to 25 starts and 32 substitute appearances for the Upton Park club, netting three goals in that time, and has had loan spells at Crystal Palace, Coventry and Scunthorpe.

His last Hammers game was the 1-0 FA Cup loss to Sheffield Wednesday on 8 January.