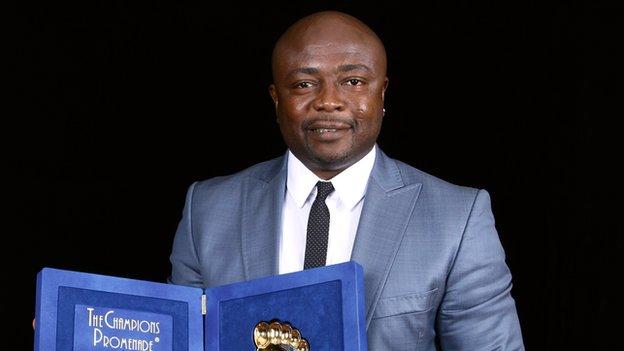 Ghana legend Abedi 'Pele' Ayew's club has been forced to withdraw from the Conferation Cup at the last minute.

Nania FC's major sponsors have pulled out, leaving them without enough funds to sustain a continental campaign.

The decision comes just two days before they were due to host Sequence FC of Guinea in the opening round.

"Abedi feels bad that it has come to this, but after exploring all options the club decided it was better to pull out," spokesman Fiifi Tackie said.

"Sponsors we had been banking on pulled out at the final minute and left us in a difficult position."

FC Nania play in the Ghana second division but a tremendous run in the Ghana FA Cup last year saw them claim an extra-time victory over Asante Kotoko in the final to qualify for the second-tier continental club competition.

Their withdrawal at this late stage could lead lead to sanctions against the club.

The tournament will still have some high profile involvement though.

Former Inter Milan and Monaco striker Mohamed Kallon will be in action with his own club, Kallon FC, as they take on Cameroon's Union Douala on Sunday.

"My presence in the CAF's Confederations Cup is very important because it'll help promote and raise the profile of the African club football and that is exactly my motive," Kallon told BBC Sport.

"I hope African young talents taking part in the club competitions will gain a lot from me because of my experience and achievements," he added.

"It was always my dream to one day come back home and represent my club in Africa."

His side may face a challenge in Cameroon, because their opponents have a strong pedigree in continental football, having won the 1979 African Champions Cup and the Cup Winners Cup two years later.

South African side Black Leopards, who slumped to the bottom of the South African Premiership table after a midweek loss to Orlando Pirates, host Motor Action from neighbouring Zimbabwe.

Several east African hopefuls are on the road this weekend with Simba of Tanzania visiting Kiyovu Sport of Rwanda and Gor Mahia of Kenya away to Ferroviario Maputo of Mozambique.