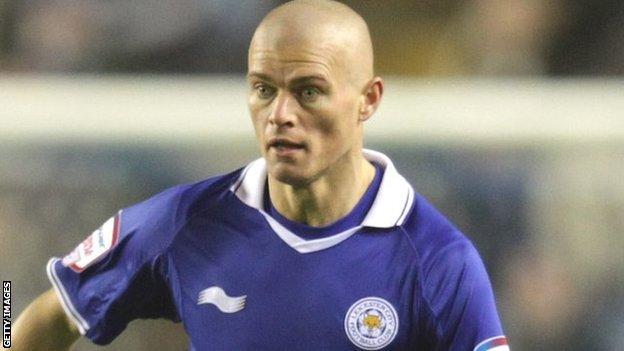 Leicester City defender Paul Konchesky says his side are not the underdogs in their FA Cup clash with Norwich.

The Foxes travel to Carrow Road in the fifth round on Saturday.

Konchesky told BBC Radio Leicester: "There's no pressure and I don't think there are any underdogs in a cup game, it's a one-off.

"Anyone can beat anyone. They were only in the Championship this time last year, so why can't we go and beat them?"

He added: "It takes your mind away from the league. The cup games are exciting for players, fans and everyone involved.

"If we can go and win this then we're only one game away from playing at Wembley, so it's a great thing to look forward to."

The 30-year-old said he had been impressed with the Canaries' run in the Premier League this season.

"They've been fantastic. They obviously work hard on the training field and the results come from that," he concluded.