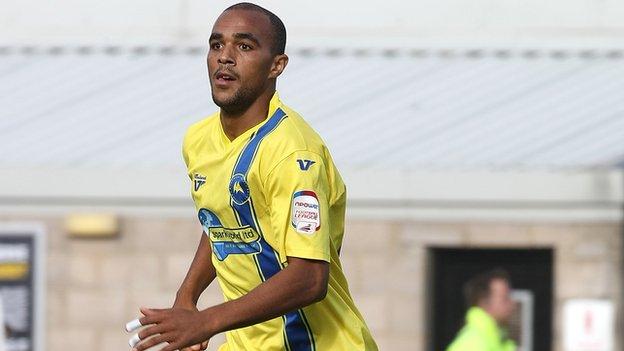 Torquay United's Taiwo Atieno has been called up by Kenya for an Africa Cup of Nations qualifier against Togo.

Atieno has forced his way into a Gulls side that has notched up seven consecutive wins in recent weeks.

The Brixton-born striker, who has played for three American clubs, claimed the winning goal versus Shrewsbury last Saturday.

He will join up with the Kenya squad for the first time at the end of February ahead of the game in Nairobi.