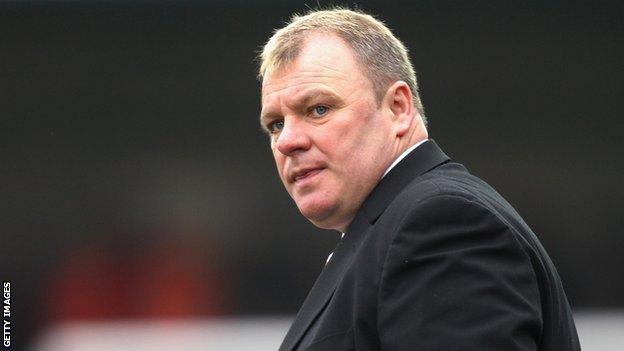 Crawley boss Steve Evans says his side can upset Stoke in the FA Cup, as the Potters have 'Championship players'.

The Reds welcome the Premier League side on Sunday and Evans told BBC Sussex: "Stoke are a big strong, physical side.

"But they're playing, in my opinion, the best side in League Two.

"A lot of Stoke players are top, top Championship players. Tony Pulis gives them that additional thing. Therefore we think we have a chance."

"If we play at the top of our game and they're a notch off, we could win 1-0. That's the margins of football.

"It's important for us that we start the game well and get the crowd on the edge of their seats."

Evans's main selection dilemma will be for the goalkeeper's jersey.

Number one Scott Shearer has been ruled out with a knee injury, so new loan signing Rene Gilmartin will compete with former Brighton custodian Michel Kuipers for a starting place.

"It's not about being a good, loyal servant," Evans continued. "It's about who's right for us.

"Michel has had one first team game this year. Rene has had a few at Yeovil.

"I'll make a decision on the goalkeeper on Saturday.

"The rest of the boys will know an hour before kick-off."