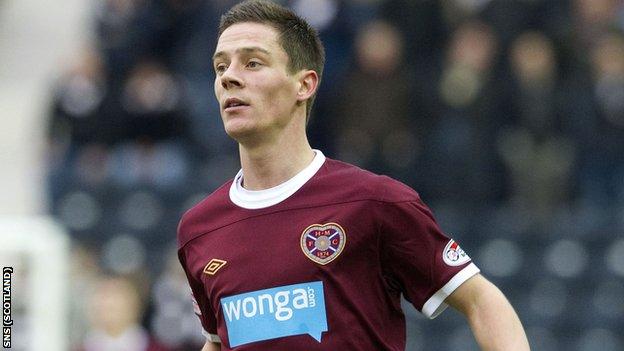 Hearts midfielder Ian Black has vowed to move on with his career after being cleared of a drug charge.

The 26-year-old appeared at Edinburgh Sheriff Court on a cocaine possession charge but witnesses failed to turn up to give evidence.

Black, who was arrested in May last year, said: "I want to draw a line under the whole thing.

"It has been hanging over myself and the family for a while but all I want to do is get back playing my best."

On a statement released via the Hearts website, Black added: "Obviously I am very pleased. That's it as far I am concerned.

"I'd like to thank my team-mates and the staff at the football club for their support, as well as my family and close friends."

Black is available for Saturday's visit to Motherwell, having served a suspension.