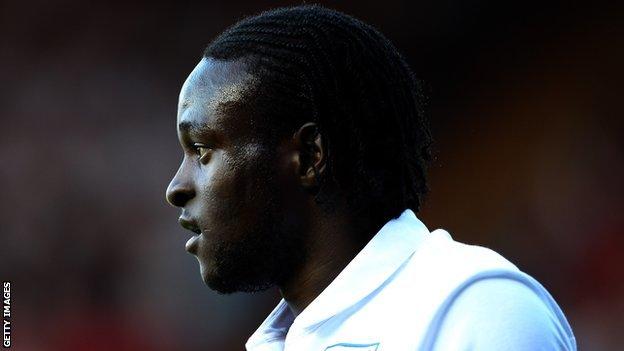 Moses is part of the Super Eagles squad to face Rwanda in a qualifier for the 2013 Africa Cup of Nations.

The 21-year-old was born in Nigeria but moved to the UK when he was 11 and played for England at youth level.

He snubbed a call-up to the Super Eagles squad back in November despite being given international clearance by Fifa to play for the land of his birth.

But he has now decided to shelve his ambitions of playing for England and help Nigeria make it to the 2014 World Cup in Brazil.

"He's been thinking about it a lot over the last few months but Victor knows 100% that this is what he wants to do," his agent Tony Finnigan told the BBC.

"He's probably been looking at the England team and thinking 'What's the chances I'm going to play in the next World Cup?'

"He's also been getting a few phone calls from people back home and feels he is ready to make the right choice."

The Super Eagles play in Kigali on 29 February in the first leg of their tie with Rwanda's Amavubi, with the winner going through to the last round of qualifying for South Africa 2013.

"It's going to be a big time for Nigerian football because they didn't qualify for the Africa Cup of Nations for the first time in a long while and they have always produced so many talented players.

"Now he knows it's time for the next generation to come through and Victor wants to be a part of that."

Moses is currently still free to choose which country to play for but an appearance in a competitive match for Nigeria would make him ineligible for England.

Born in Kaduna, he represented England at U16, U17, U19 and U21, levels after coming through the youth system at Crystal Palace.